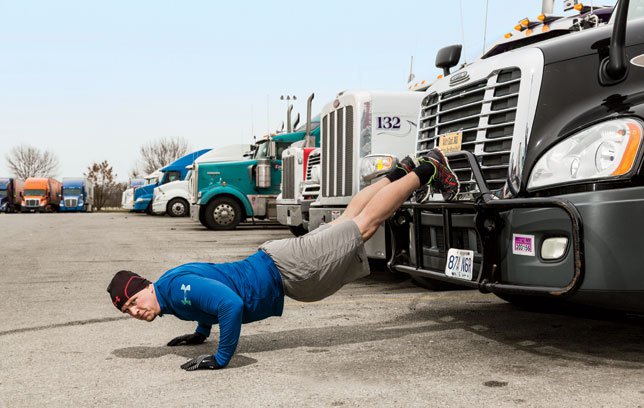 Driver fatigue is an issue that every driver faces. In a 2007 study that analyzed data from 963 accidents involving a large truck and a passenger vehicle, driver fatigue was the top cause for the accident.

Often times due to driver scheduling, fatigue is almost unavoidable. However, if a driver can carefully modify his/her diet, fatigue can become less of an issue. The human body contains mitochondria in the muscles that use ATP as fuel to produce energy. In the United States, 69% of truck drivers are obese which means the drivers have lost muscle and gained fat. Less muscle equals less mitochondria to produce energy. When there is less energy being produced and more fat to carry, the human body fatigues more quickly. This cycle of losing muscle and gain fat can be detriment to a person’s health.

Let’s talk about how to reverse and fix the problem. First start exercising and reduce your carbohydrate (glucose) consumption. As it reduces, your body will start to build lean muscle tissue that contains more mitochondria. This ultimately results in burning fat and having less weight to carry, meaning more energy.

In the long run, eating right and exercising will lead to a longer life with more energy!

For more tips for drivers, visit our blog at ac-an.com! Join forces with Arab Cartage and Agent National. Email dispatch@ac-an.com or call 1-800-423-0478 to learn how we can meet your transportation, logistics, and warehousing needs. We look forward to hearing from you!

JOIN OUR TEAM - we are hiring truck drivers

On-time delivery is our #1 goal!

get a free quote